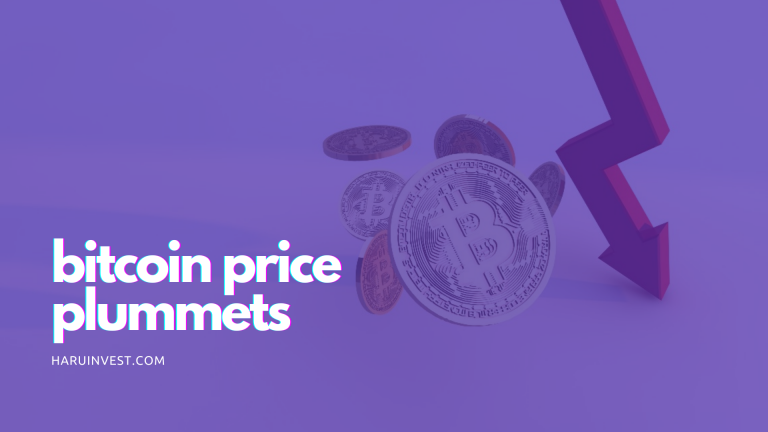 Cryptocurrency regulation has a major impact on the price of Bitcoin. On April 18th, Bitcoin plummeted by over 15% and analysts consider rumors around regulation to have had an outsized impact. One rumor that surfaced is that the US government is planning to tax 80% of profits from crypto sales. According to cryptocurrency media outlet CryptoPotato “On April 18th, rumors spread that the US Department of the Treasury will catch money laundering through crypto. […] As a result, the Bitcoin price dropped by around $9,000”. CNBC, CNN, and other international media revealed that these are officially unconfirmed rumors.

Bitcoin still has not recovered from its big drop. The background for why Bitcoin is unable to easily recover is considered to be the prospect of strict regulation. The Biden administration is currently planning policy to regulate Bitcoin. As Bitcoin payments are being introduced by various means, it is preparing an initial regulatory guideline.

In a related issue, on April 22, the US government published measures to double the capital gains tax paid by individuals with over $1 million in earnings. Since the US IRS classifies cryptocurrency as capital assets, it is subject to capital gains tax. News of this tax hike caused a sharp dip in stock prices on the 22nd, which Bitcoin followed. Specialized Crypto media outlet U.Today reported that “following the publication of US President Biden’s tax proposal, the stock market plummeted and Bitcoin fell as well”.

Besides the tax hikes, the US government is also likely to introduce additional strong regulation to block the use of cryptocurrency for illegal money laundering. Quoting a well-informed source, Fox Business News reported on April 20: “The upcoming regulation will focus on cryptocurrency and taxation and is being led by US Treasury Secretary Janey Yellen and her deputy Wally Adeyemo” CryptoPotato concluded: “Janet Yellen is someone who always criticized crypto, especially Bitcoin, and upcoming regulations will be stricter”. In fact, Yellen described Bitcoin as having high potential, but being currently used to fund terror and for money laundering and also criticized its high energy use.

Industry insiders are also observing that future regulation will be stricter. Kraken exchange CEO Jesse Powell stated to CNBC on April 13th that “if we look at the US government’s moves, it is developing stricter cryptocurrency regulation which might just be the tip of the iceberg”. In a recent interview, Agustín Carstens, general manager at the Bank for International Settlements (BIS), told CNBC: “Cryptocurrency needs to be regulated more heavily. Many cryptocurrencies are currently being used for money laundering or other illegal acts, or for arbitrage”. His comments suggest that regulation could intensify.

The US is not the only country preparing stronger crypto regulation. Recently, the country that enacted the strongest regulation is Turkey. On April 30th, Turkey’s central bank prohibited the use of cryptocurrency for payments within the country.  The country is further preparing measures to tax crypto trading. During former US president Trump’s term, the Turkish Lira lost in value due to US sanctions and use of Bitcoin increased. Around 20% of Turkish citizens hold cryptocurrency and industry analysts believe recent government regulation is aimed to put a check on such actions.

Russia also announced its intent to reinforce crypto regulation. In early 2020, Russia passed a legislative proposal to forbid use of Bitcoin and other cryptocurrencies as a payment method. Russian president Vladimir Putin said in a speech at the general assembly of prosecutors that “additional measures need to be taken to block illegal trading of digital financial assets between borders”. Russian financial supervisory authorities also stated their intent to strengthen monitoring to identify and track trading between Bitcoin and fiat currency. Currently, a legal proposal is being reviewed that would allow Russia’s central bank to freeze certain bank accounts related to crypto currency or block bank trading.

South Korea is another country eying more crypto regulation. From January 2022, the country plans to classify gains from crypto trading as other income and subject it to 20% capital gains tax. Following its principle of “where there is income, there is taxation”, the government plans to also tax cryptocurrency. Capital gains tax is also applied to cryptocurrency in the US, UK, and France. In Japan, income from crypto is classified as miscellaneous income and it is considered other income in Germany. In that sense, Korea’s move to tax crypto is following an international taxation trend. The Korean government also announced that it will conduct a special crackdown on money laundering, fraud and other illegal activities related to cryptocurrency. However, experts believe that in Korea, the legal basis for preventing losses to investors is still somewhat lacking.

The UK Treasury is taking another approach, pointing out that a flexible regulatory framework is needed for cryptocurrency assets. After having maintained a strong stance on cryptocurrency regulation, the UK has recently changed its position. In a recent Fintech report published by the UK Treasury, the ministry stressed that as competing countries in the EU region are building a regulatory framework for cryptocurrency “the UK needs to act quickly to preserve its position”. The report goes on to find that “a bespoke regime for cryptoassets should [be] in line with the principles of the current regulatory framework […], while being tailored to the risks arising from cryptoasset-related activities. It should also be flexible enough to deal with future challenges – such as how Decentralised Finance (DeFi) should be regulated.” After introducing strong regulatory policies such as banning crypto derivatives, the UK government faced industry backlash and is now taking the view that a more realistic approach is needed.

Industry observers note another case from India, where the government is currently enacting legislation to protect investors. Indian minister of finance Anurag Singh Thakur stated that “unlike fiat currency, cryptocurrency is very volatile and affects investors […] We are considering ways to protect investor profits and will enact related laws”. The minister stressed that the government was considering cryptocurrency with an open mind and was taking a stance to prevent its use for money laundering or other illegal activities. In his view, cryptocurrency should not be approached from the direction of blanket bans, but from one of taking measures to protect investors. Recently, an inter-ministerial committee was formed in India. While banning Bitcoin and other cryptocurrencies was suggested, the government decided to focus on investor protection and review the crypto market from a more positive perspective.

Some experts also welcome appropriate regulation as needed for the crypto industry. In a recent CNBC interview, CoinDesk anchor Emily Parker pointed out “Many people want the crypto market to enter the mainstream, but if it becomes mainstream, it will be easier for the crypto market to be affected by tax policy. As the market grows, regulators will inevitably become more interested.” However, she added that “because there currently is no transparency about regulations, it is unclear for companies which rules they have to follow for their crypto-related business. It is difficult for them to bear this risk and in many cases, they leave the US […] This is one major aspect that regulators will need to fix”. In this view, more transparent and clear regulations are needed for the growth and risk management of the crypto industry.